Joining us in studio is graduate architect Joe Le, who practices in the specialized world of Sports Architecture.

Of course, architectural works created specifically for communal sporting events are one of the most enduring of forms that have survived down through the years.

We spoke in passing of the Roman Arènes de Lutèce in Paris, which is now in this condition - an impressive artifact, even as a partial remnant: 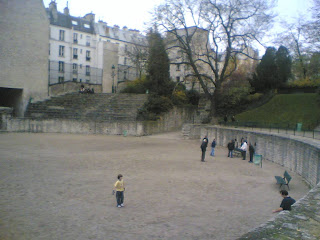 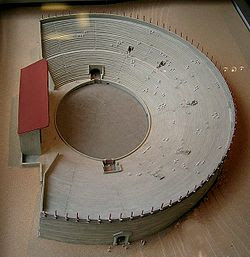 Here, a maquette showing the original extents and arrangement of the Arènes, which permitted both combat sporting events and theatrical presentations.

Because it is August, and a hot one at that, our conversation drifted again and again towards baseball.

One of the grand-daddy ball fields we spoke about is Wrigley Field, in Chicago: 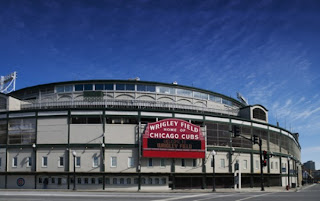 with its lovely ivy-covered outfield walls: 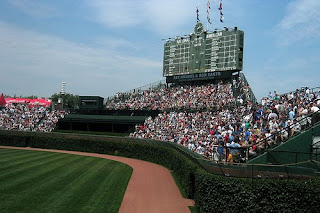 We also spoke of the old(er)-fashioned design of Camden Yards, in Baltimore: 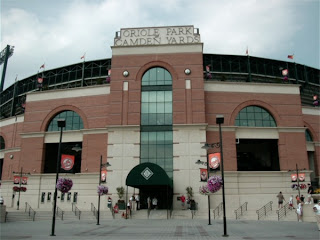 As compared and contrasted with the new Yankee Stadium, with seating for 74,000 (!) fans: 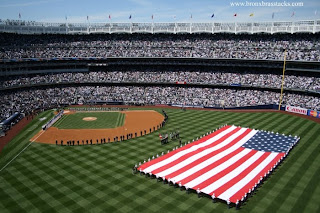 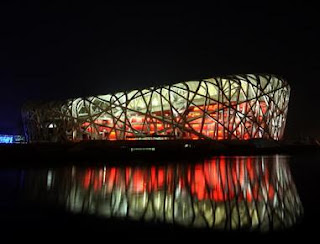 The "Bird's Nest" building by Herzog & De Meuron for the 2008 Beijing Olympics was discussed as a possible harbinger of the future of sports buildings, on account of its vast size, accomodating many different events.


We also discussed the possibilities for new sports buildings, perhaps even with new sports events - how fan spaces for witnessing, say, a lacrosse game with 1,000 players might comprise floating fan seating in blimps, or how the Quidditch pitch of Harry Potter lore, is a new sort of stadium design, never seen before. Here, a Quidditch stadium from one of the Potter films, with its high towers: 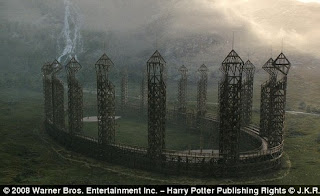 And, last, we spoke of the newly-proposed Brooklyn Velodrome - images of which will be forthcoming as soon as I - your host (and architect) - have completed the schematic design! Stay tuned!

Speak with you next time!

What makes a Master Architect? Is it total command of artistic effect, a thorough knowledge of construction, a deep appreciation and command of architectural history - all of the above - or none of the above?

Following up on our conversations of July 30th, in which we re-visited favorite aphorisms of certain well-known architects, here are some of the aphorisms of the New York City- based firm known as SHoP, with whom we will have a conversation with two principals of that firm:

>How it’s built doesn’t matter except when it’s the only thing that matters. >Efficiency and great design are not mutually exclusive.

>Building buildings is better than talking about buildings.

>In the classroom be the builder; on the site be the teacher. Be a student in both.

>Make the office a lab, a boardroom, a theater, a classroom.

>Use technology to build practice, see practice as technology.

>Virtually construct it twice, build it once.

>Cost is not a downstream design variable.

>To truly innovate, we integrate.

For reference, here are some images of recent buildings by SHoP:

120 Mulberry Street, with an intricate brick pattern, made possible by direct application of CAD-to-fabrication technologies. 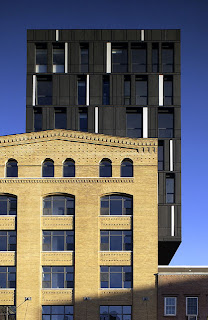 We also discussed the work of Louis Kahn, specifically the Yale Center for British Art: 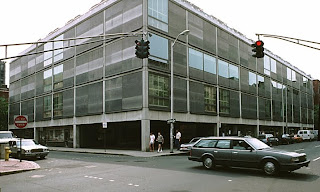 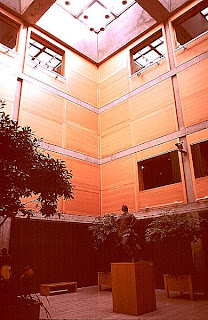 and dormitories at Bryn Mawr College: 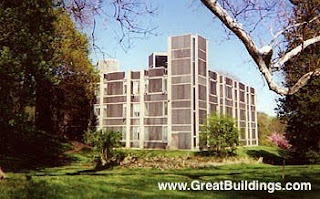 Images for August 6, 2009: Passing of a Modern Architect & Meditations on the future of Modernism

Conversations with Oliver E. Allen, Frederick E. Allen, and Deborah Allen, historians and writers all about their experiences of Modern - and not so modern - buildings in New York City and beyond.

First, some words in memory of the modernist Architect, Charles Gwathmey, who died earlier this week at the young age of 71. First, the iconic house he designed for his parents - the painter Robert Gwathmey and photographer mother Rosalie. 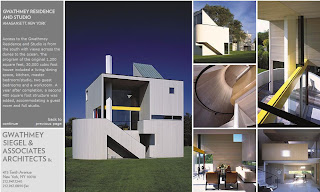 Next, the W Hotel and Condominiums, currently under construction, one block south of the World Trade Center site, designed for the real estate mogul Joseph Moinian: 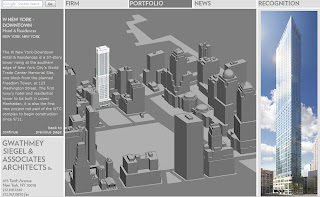 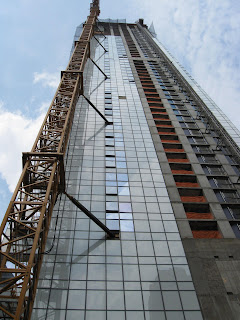 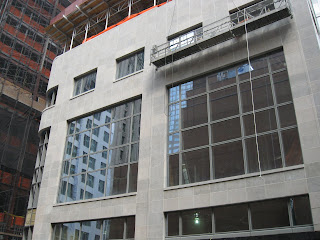 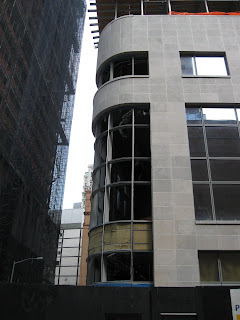 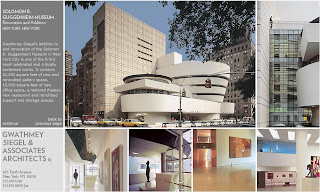 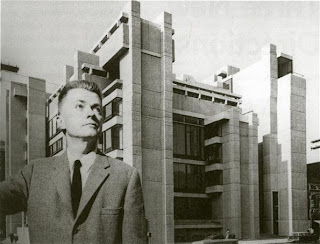 We also spoke at length about Paul Rudolf, the Art & Architecture Building at Yale, of Rudolf's layers of interlocking geometries. Here is an historic photo of Rudolf, with the A & A Building in the background. 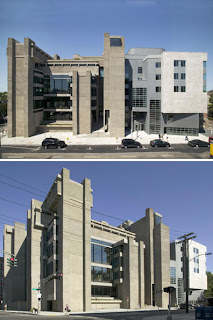 Also, views of the addition (right) designed by the late Charles Gwathmey, to the A & A Building (left) - himself a graduate of the Yale School of Architecture.


Thanks for listening - we'll see you next time on the radio at
http://www.heritageradionetwork.com/programs/18-Burning-Down-The-House
No comments:

Ah, to have instant memory of every name, every arcane factoid.

The architect of the base of the Statue of Liberty, whose name I fumbled, is Richard Morris Hunt. He is also the author of the central portion of the Fifth Avenue facade of the Metropolitan Museum, in New York City.

His stately, magnificent buildings certainly do owe a great deal to the training he received at the Ecole des Beaux-Arts ( http://en.wikipedia.org/wiki/École_des_Beaux-Arts ); and what is even more interesting to me is that he is only one of two architects in honor of whom a monument has been erected (the other being Charles Garnier, architect of the old Paris Opera, which is now - aptly enough - called the Opera Garnier.) 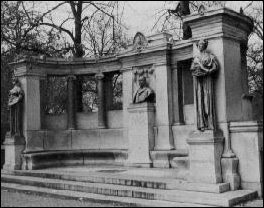 
And for good measure, Garnier's monument in Paris: 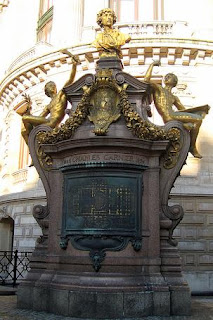 
But I digress. The California Case Study Architect whose name escaped me, and his iconic Case Study House #22 - built for owner Buck Stahl in 1959, perched high above Los Angeles, is Pierre Koenig. 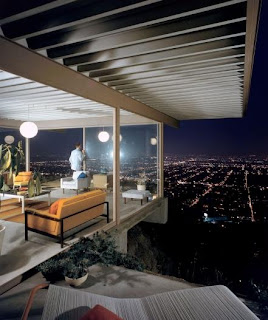 Another interesting California Case Study House (#8) - perhaps the most famous of them all, in fact - is Charles and Ray Eames' own home in Santa Monica: 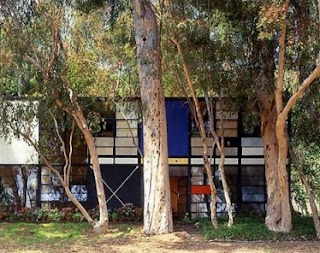 At left, the house and site - a lightly forested meadow near the beach; and below, an illustration of the working/living concept of the house: 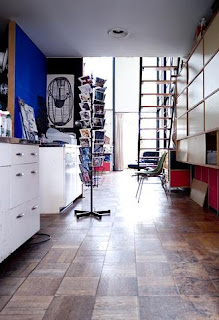 Last, although Esther McCoy was indeed a party to the inception of the California Case Study House challenge - as I mentioned in the program, it was John Entenza who was the author of the idea. Here is what the Eames Foundation has had to say in their website:

"Entenza, publisher of Arts and Architecture . . . announced that [the magazine] would be the client for a series of architect-design homes to be built and furnished using materials and techniques derived from the experiences of the second World War and best suited to express man's life in the modern world. Each home built would be for a real or hypothetical client taking into considerations their particular housing needs."

As regards Entenza's house, I was wrong: Entenza was the client, not the architect of his house - Case Study #9 - which is the next door neighbor to Eames! -
it was designed by Charles Eames and Eero Saarinen.

A view of the Entenza house: 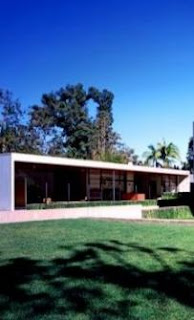 Thanks for listening, and talk to you next time at: