The extreme animosity held by the Prince of Wales against modern architecture, which he habitually calls "brutalist" is well known, well documented. From his pronouncement that the Sainsbury wing of the National Gallery was "as a carbuncle on the face of a beloved friend" in 1984 - through last year's interference in the private development of the Chelsea Barracks site in Chelsea, London, Charles Windsor has been a pushy, anti-progressive busy-body and nosy-parker of the highest rank.

He has abused his position. One might think him an Absolute Monarch.

In the case of the Chelsea Barracks, here is what we - the public - knew before this Thursday last, before 24th June 2010:

The Qatari ruling family's development company purchased a stake in the former military complex known as the Chelsea Barracks. They were joint-ventured with the Candy brothers, British real estate developers. Some time just before the site plan designed in part by Sir Richard Rogers - The Dark Prince's chief modernist foe and nemesis - was to be presented for planning approval, the Qataris withdrew their application. They sacked the Rogers team. They flirted with a pedestrian design by a certain architectural plagiarist by the name of Quinlan Terry.

The Candy brothers sued in High Court for damages owing to the Qataris' breach of contract.

The High Court found for the Candy side, but urged reconciliation between the parties - noting the "unwanted interference" of The Prince - and declining, for now, the assessment of monetary damages against the Qataris.

Here is the scheme prepared in part by Sir Richard: 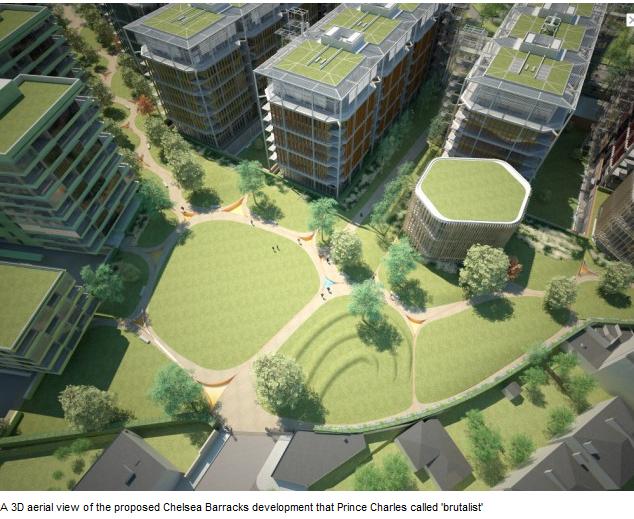 Pretty typical Rogers stuff - articulation of an exoskeletal structure, articulation of facade. Not exactly bold and new, but not offensive - unless you are the Prince of Wales and must needs run your mouth.

WHAT THE PRINCE PREFERRED: 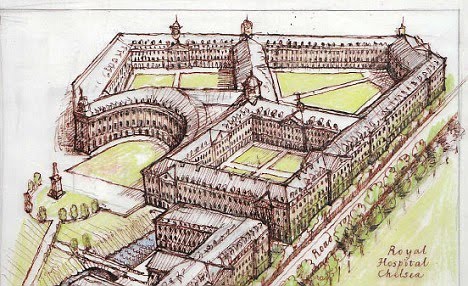 which is a pastiche of stylistic plagiarisms that does nothing whatsoever to move forward the heritage of architecture; it is Disney, writ large, and poorly.

But aha, and oh ho! - someone in the Qatari camp leaked the letter that the Prince sent to the Prime Minister of Qatar - just hours before the High Court was to issue its judgment! On today's program I have read that letter - shame O shame of abuse of high un-elected position.

Here's what a British paper had to say, in summary:

But what to me is more interesting is the penchant for the same original sources - Greco-Romano flourish on the one hand, and homely famer-ish (or as they would and did say in German: bauerische) stylistic content. In a word, the Prince shares with the German National Socialist Party circa 1934 - 45 (the Nazis) a nearly identical viewpoint. Shame.

But this is not to be a surprise, for his mother's uncle, King Edward VIII - you know, the one who abdicated for love to marry Wallace Simpson? - was very close with Lord Oswald Mosley, head of the British Union of Fascists! The same Lord Mosley who married Nancy Mitford - of the Mitford family, famously famous for simply being famous - in Dr Goebbels house. Herr Hitler was in attendance. 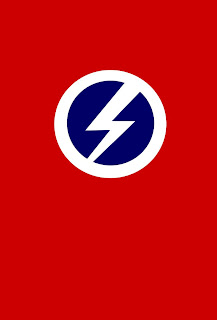 This is the symbol of the British Union of Fascists. Pretty chilling isn't it - one half of the lightning-bolt S's of the SS!

So now we know what a fascist Prince might do when displeased:
communicate directly, from one antique hereditary house of royalty to another.

That he Qataris acceded is no surprise, then.

And so my freedom-loving friends, here and abroad:

To conclude my foray into history, architectural taste and latent Fascism - I close with this watercolor, produced by the failed painter Herr Hitler: 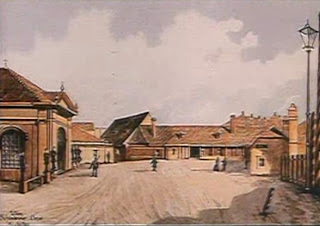 And here are some views of the Prince's Poundbury:

I rest my case.

I wish you a Happy Independence Day! This is an example - exact and true and vivid - of what our ancestors (mine included: three men who served during our American Rebellion - all privates, let us not get too heady about it) fought for, succeeded in, and for which we should all be grateful. FOR HERE IN THIS LAND WE HAVE NO PRINCES.


God save the Queen - God knows she needs the help, what with a son like this.

Our music this evening has been:

Thanks for listening. Speak with you again soon.

PS: A few more of Charles' remarks. I have to say that I enjoy a good put-down. [sigh] - It is too bad that he truly does not understand modern architecture:

The British Library
“Why does it have to be so tall?”

Potential designers of the Paternoster Square precinct
“A place where books are incinerated, not kept”